A Jawa TS 350 Makes an Appearance 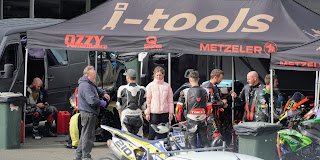 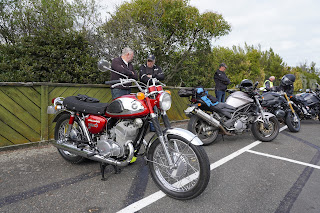 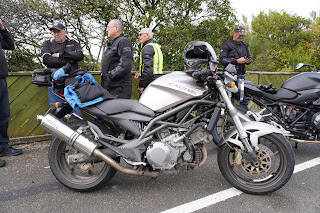 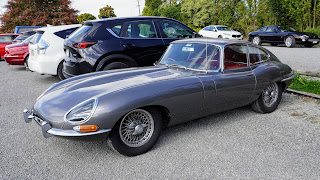 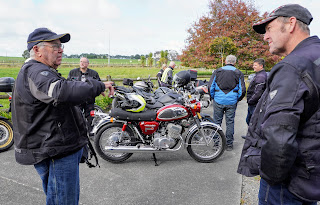 We at the Blue Haze are somewhat agnostic when it comes to our bikes. We certainly have a penchant for our Japanese strokers as they were such an important part of our early motorcycling experiences. We most definitely enjoy the two stroke engine configuration with its inherent simplicity and we certainly like the variety of marques that have used it to make some robust and endearing motorcycles over the years. In fact it was the East Europeans who contributed much to the modern development of the two stroke. Walter Kaaden, an MZ engineer, led the way with his application of his research on exhaust pressure waves to improve the performance of two strokes to the point where they dominated the racetracks of the world for many decades.

The Japanese made the most of these developments and mass produced them on an unprecedented scale and it was our generation that bought and rode them. We weren't the only ones to appreciate the two stroke, and the Iron Curtain ensured they enjoyed huge success as a cheap way for people to get around. Some of these bikes made there way to the West and whilst not technologically as sophisticated as there Japanese counterparts they proved attractive to some. It was good to see Warren bring out his Jawa TS350 for a spin. It was very much the last of these Iron Curtain machines having a manufacturing date in the 1980s. The technology is from the fifties/sixties, but it has a charm all of its own with its twin cylinders and single carb which enable it to pump out a credible 27bhp.

Following along behind, it had no problem keeping to the speed limit and Warren said it was good for a lot more! At our cafe stop Warren unscrewed the petrol cap to reveal an inbuilt cup to measure out the two stroke oil. No oil injection needed. This sort of simplicity is definitely part of its appeal as is the kick start come gear lever. When you compare this to Ross's Cobra, the Japanese were a lot more sophisticated and they certainly pushed two stroke technology to new levels. The Cobra was for the time, very much a performance bike as were a string of two strokes that stretched all the way into the nineties when emissions requirements finally strangled them. The four strokes have total domination now, but travelling behind the Cobra as Ross torqued it out of the corners with it accompanying intake drone is definitely an aural, visual and scent one never tires of (well for some of us!) our

The Woolshed Cafe was its usual busy Sunday self and by the time we left it was full. Not far behind us, arrival wise, was the Wellington BMW motorcycle Club who very quickly filled up the remaining motorcycle parks, but the biggest group who arrived was the Jaguar Car Club with some in there green uniforms and cat emblems. From a distance they could have been mistaken for a certain political party....?

It was good to see Paul and Janice amongst them and they had been out for a bit of a wander like us. Paul was a bit upset with himself after grounding the exhaust on his Jaguar on a speed hump in Feilding which he took at the wrong 'speed'. Our group for the ride included Kenny on his BMW, as was Ray, Rich on the Bee machine and Steven brought out his hybrid Italian/Japanese bike, a Cagiva Raptor 1000. Yours truely was on the GSR. After a few refreshments and a good chat we headed for home and after hearing about some racing at Manfeild I popped over to have a look.

The Victoria Motorcycle Club were running a meeting from there Summer series and there was plenty of great racing happening. A great way to finish off the ride and as Autumn gives way to Winter, let's hope we have some more fine days for us to get out and about on our bikes.

Posted by Gazza at 11:43 PM
Email ThisBlogThis!Share to TwitterShare to FacebookShare to Pinterest